While this weekend was mostly consumed by an AWESOME Cub Scout Campout, I did get a bit of sewing done. Jason's school backpack is falling apart, but rather than buy him a new one, I took one of his school t-shirts that he has outgrown to make a backpack. 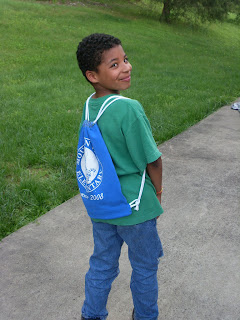 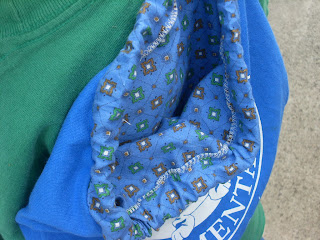 And that new pink owl fabric that I bought has been calling my name, so I whipped up a nightie/sundress for my niece. It was so easy, I'm pretty sure I'll be making another one for the daughter of a friend. Donald was not happy about being pressed into service as my dress form. 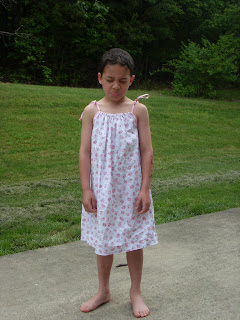 The weekend is nearly over, and I've not accomplished nearly the sewing that I had hoped to do:


so I guess I should get back to it. I'll leave you with photos from the campout - what a blast!

We camped at the top of a hill at a Field Training Exercise site for Virginia Military Institute. 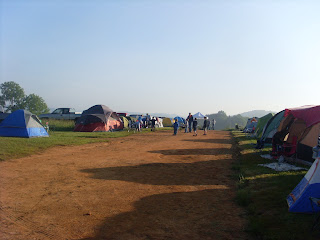 Down the hill was a pavilion with electricity and bathrooms where we ate and also watched "Follow Me, Boys" a 1966 Disney movie with Fred McMurray and a young Kurt Russell about scouting. 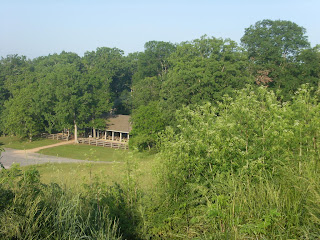 We could get down there by following this path, 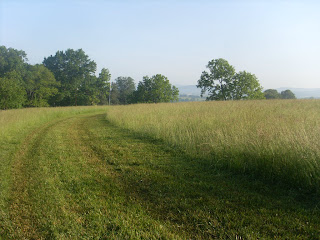 but the boys preferred to pile into the back of this truck - can you blame them? Even I went for a ride in the back. 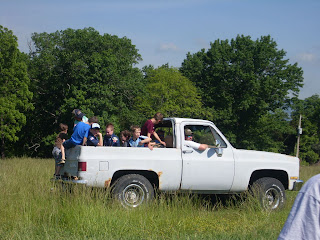 We played an extremely unfair couple games of Tug Of War - tons of scouts: 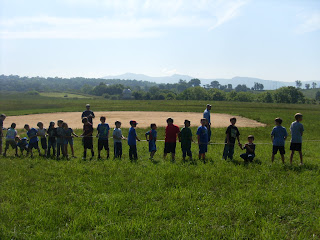 versus 5 leaders (I'm the second in line wearing a cap and giving myself a hernia trying to pull those trash-talking tykes over the line.) Needless to say, we lost. 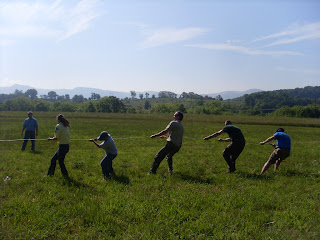 They also played ball, took a tree-identification hike, and made duct tape wallets. Truly, the only downside of the whole adventure was the ticks, but luckily I only had to extract 1 from my boys. So, another year of scouting under our belts. Donald will be joining as a Tiger Scout next year, and I volunteered (in front of many witnesses so I can't back out) to be his den leader. Jason is bummed that I won't be his leader, but I reminded him that he still can't drive, so I'll still be at all his meetings; besides, Donald needs to see that I am willing to commit to his activities the same as I've been committed to Jason's these past few years. I'm just hoping that I don't overextend myself to the point where I need to be committed...