Quilty Orphans Up For Adoption!!

Cynthia from Quilting Is More Fun Than Housework is hosting a Quilty Orphan Adoption Event, and just in time for me and my spring equinox scrap purge deadline.  I have pulled out 5 sets of blocks that I know I'll never do anything with, hoping that someone out there in the blogosphere will be inspired to give them a new home and pull them together into a completed project.

If you live in the US (so sorry international friends!) and are interested in adopting a project(s) below (A thru E), please leave a comment by 9 AM EST on Tuesday, March 22 letting me know which project(s) interests you and your email address.  If more than one person is interested in adopting a project, I will have my kids pull a name from a hat.  There is no cost to adopt - I will ship the project to you free of charge.  There are no stipulations on how the project is used - make something for charity or for yourself or for someone else. My goal is to mail all projects by the end of the day on Tuesday, March 22 - I'm motivated to move things out of my space. 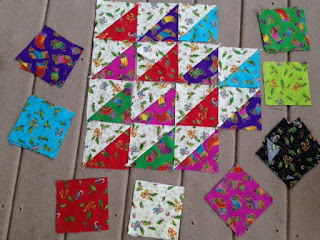 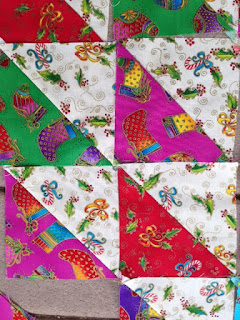 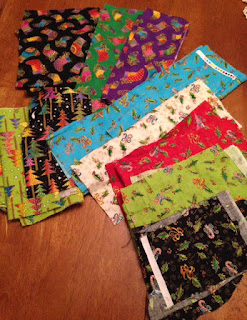 These 14 4.5" HSTs along with 22 5" squares and assorted scraps up to fat quarter size were included in some fabric that was gifted to me.  I love the fabric, but I know I'll never use it - it isn't scrappy enough for me. 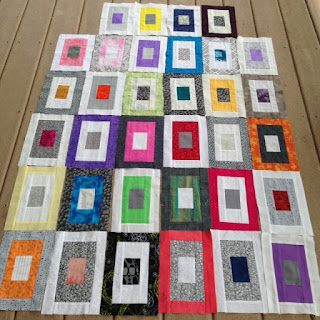 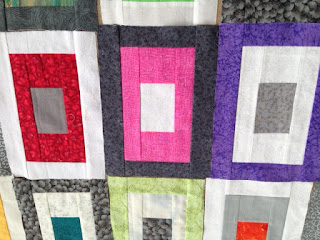 I won these 9.5" x 6.5" Steps Variation blocks in Block Lotto in March 2014.  Unfortunately, it was probably my least favorite block that we made that year, so the winnings didn't excite me.  I've struggled to come up with a setting that pleases me.  I made about 9 of these blocks, but the rest were made by others, and you know what that means - there is some variation in size and precision of construction. 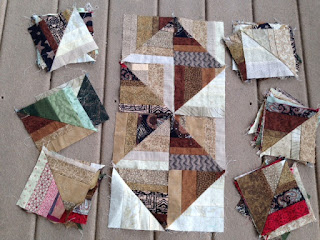 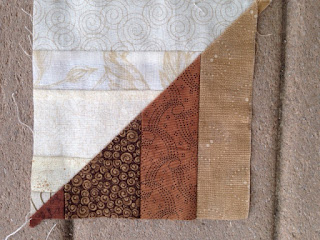 I don't know what these blocks are called - these, too, were included in a fabric donation.  There are 57 of these 5.5" string blocks, mostly creams/beiges and browns with some greens and reds.  None of the blocks have been trimmed. 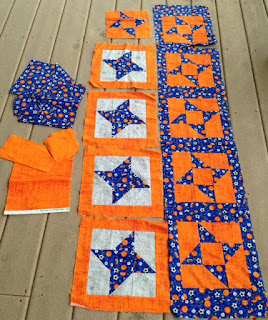 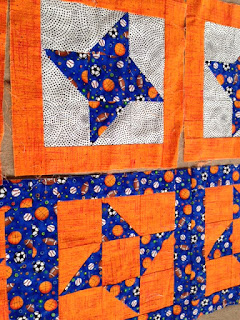 These 10 blocks and fabrics were donated to me as well - I get A LOT of donations.  I thought I might do something with this since I have two sports loving boys, but it has been YEARS and I haven't touched it, so it has to go.  The squares are 12" and there are scraps of both the orange and the blue, but not the white. 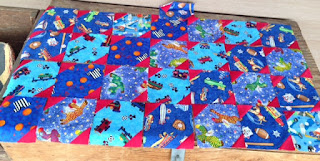 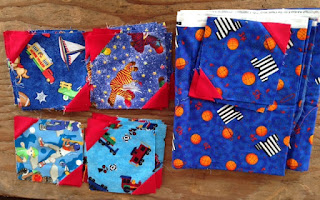 This was one of my earliest quilting projects, thinking I'd make a simple quilt for my son.  Early on I realized I lose interest quickly if there aren't enough different fabrics involved, so this has languished for over a decade, I think.  There are 29 5.5" blocks and a 64" x WOF chunk of that blue basketball fabric.

I'm linking up with Cynthia's post - check it out for other adoption opportunities!